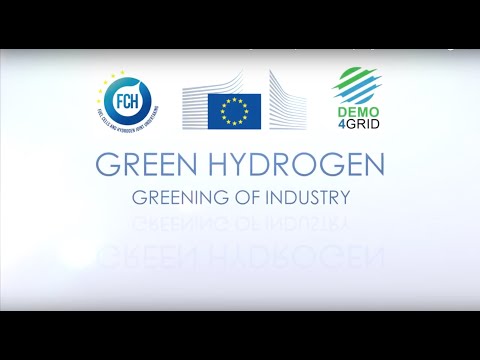 Demo4Grid: Demonstration for Grid Services and the Greening of Industry with Green Hydrogen

The 21st century is dedicated to the energy revolution.
The European Union wants a 27% reduction in CO2 emissions by the year 2030. Imported energy, such as oil, coal and gas should be gradually replaced by solar energy, hydropower and wind power.
However, this leads to a partial overloading of the power grids.
Green hydrogen is the solution to this problem. Within the framework of the EU project Demonstration for Grid Services (“Demo4Grid”), the largest single-stack alkaline-pressure electrolysis plant in Tyrol will be set up and tested to regulate the electricity network, generate green hydrogen and supply foodstuffs with CO2-free energy.
The plant, which is to be supplied by IHT from Switzerland, is being implemented in Völs, near Innsbruck by MPreis, a regional food producer and trader.
The Green Energy Center Europe, founded by Dr. Ernst Fleischhacker in Innsbruck, is the catalyst for this project, financed by the EU and Switzerland, in which the targets will be hit in the green energy future.
Over the next five years, the protagonists and European project partners will work responsibly and jointly to make regional resources available for the heat supply and mobility of tomorrow.